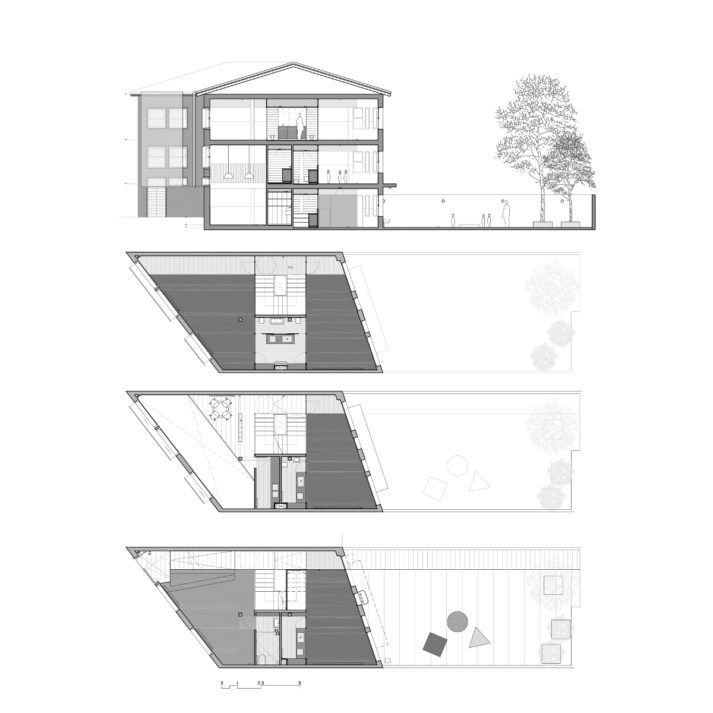 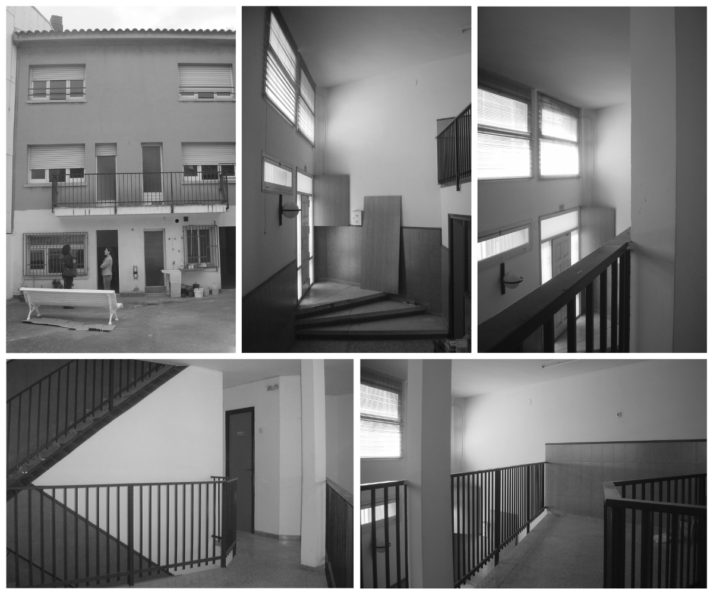 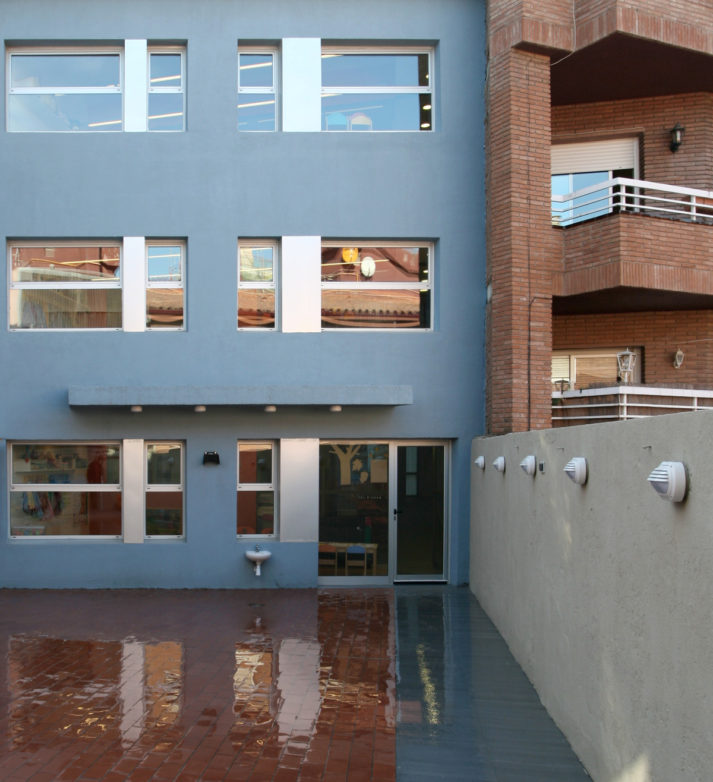 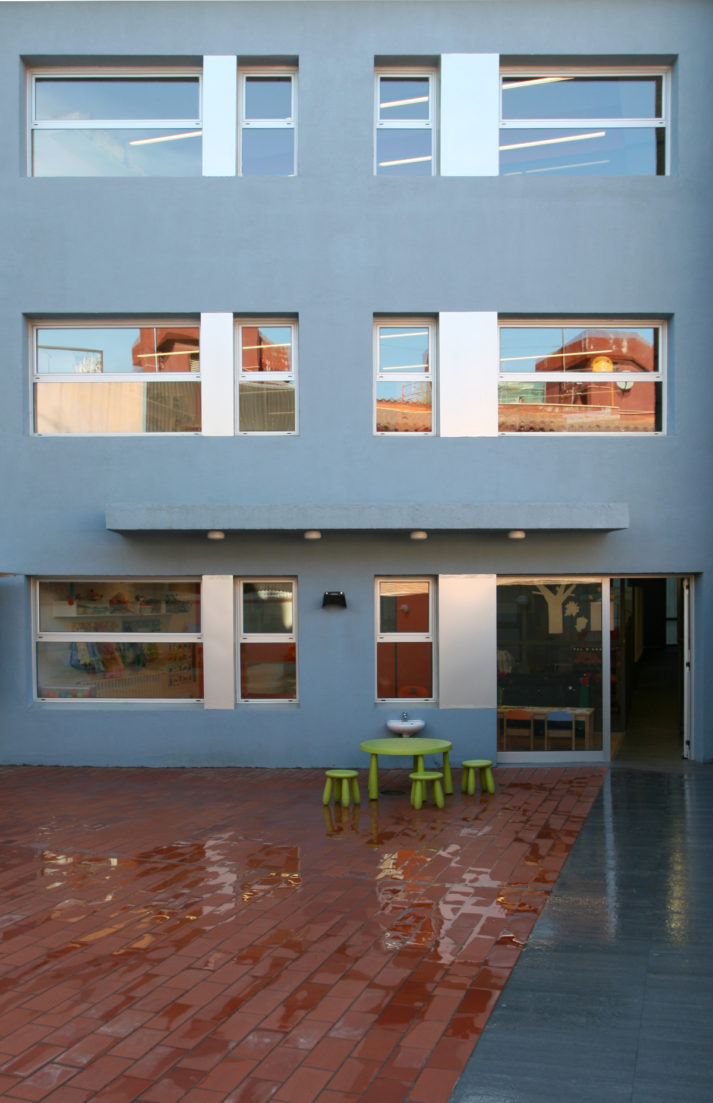 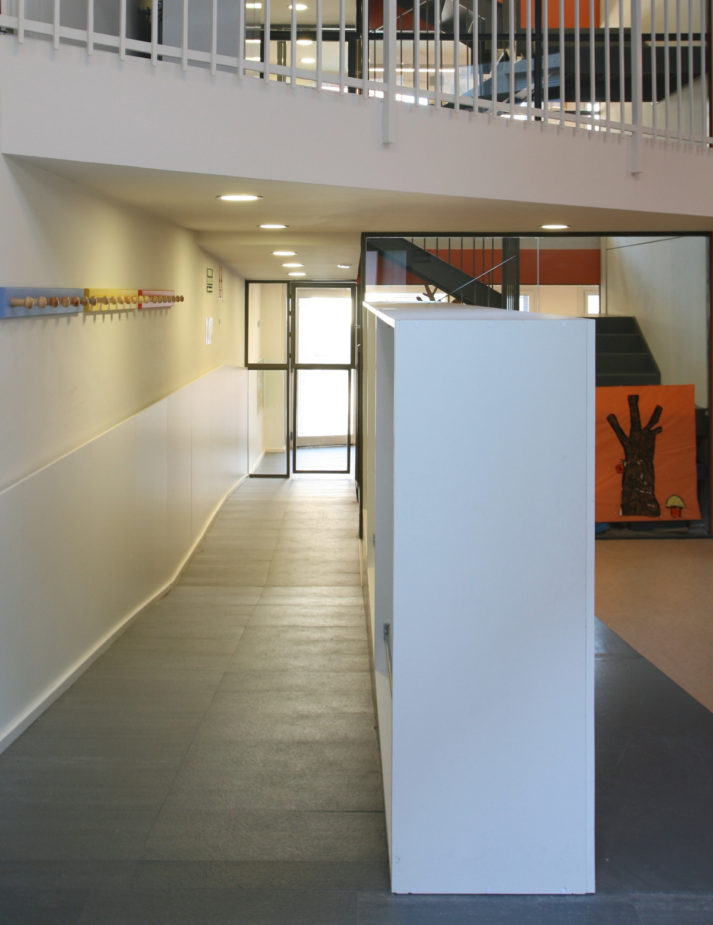 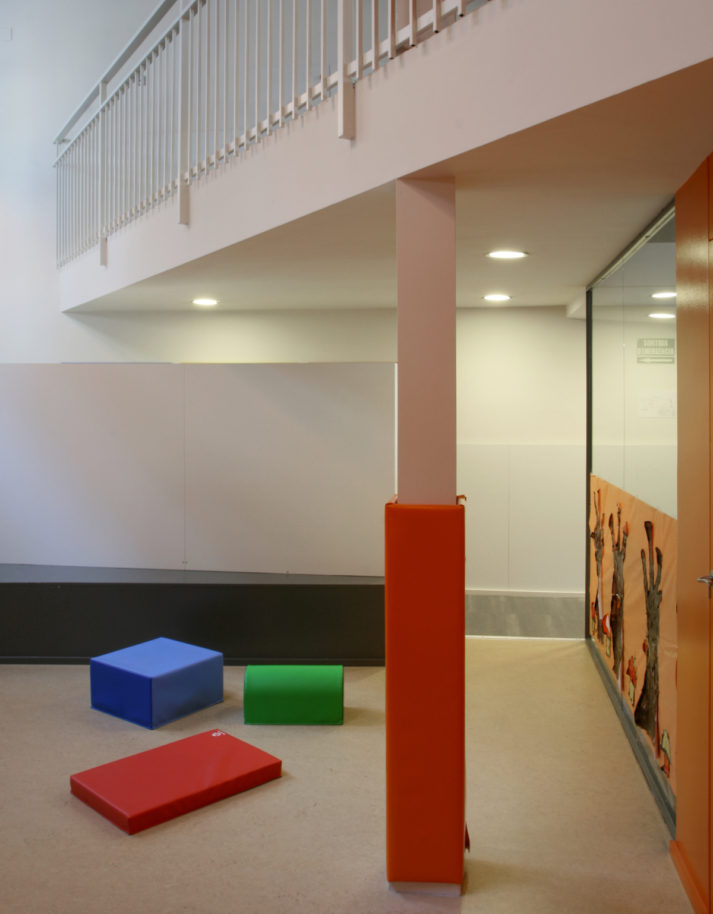 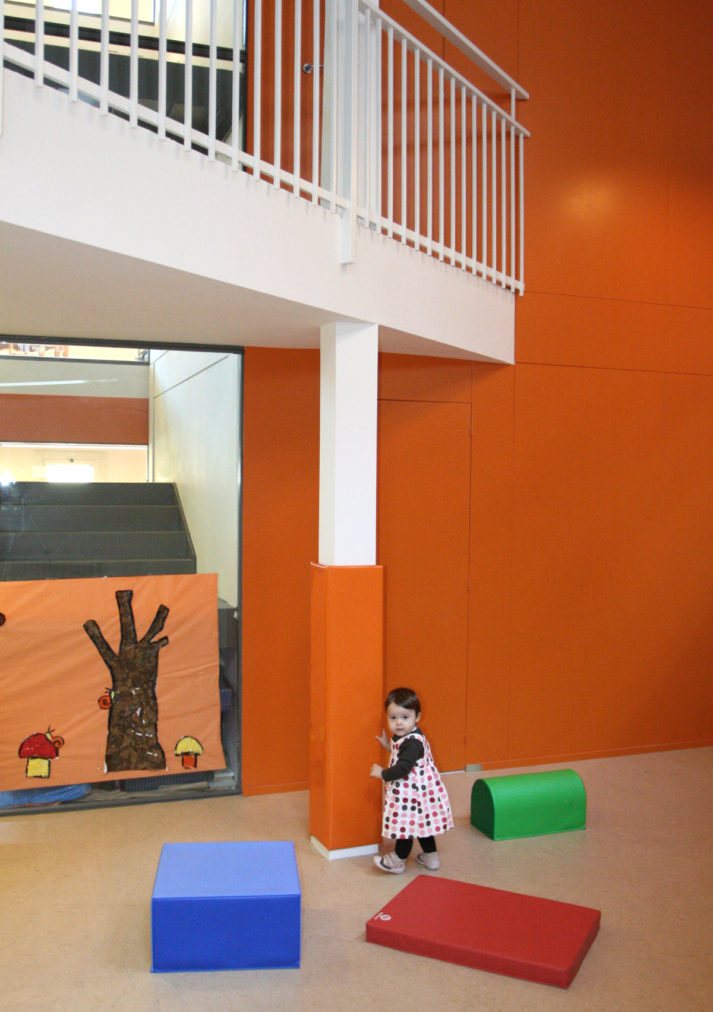 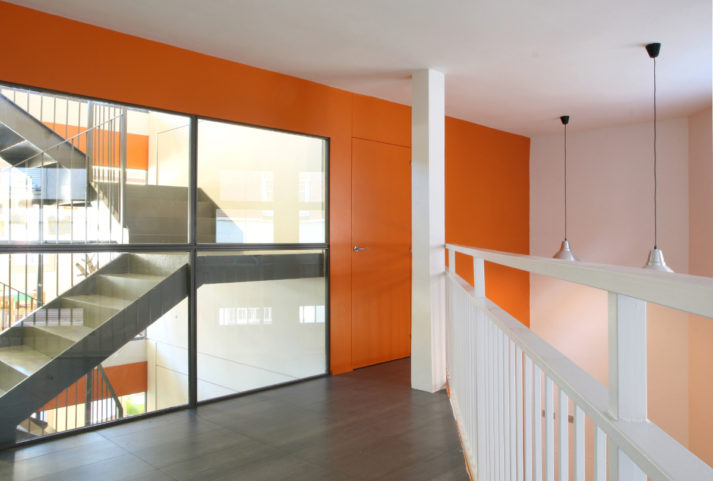 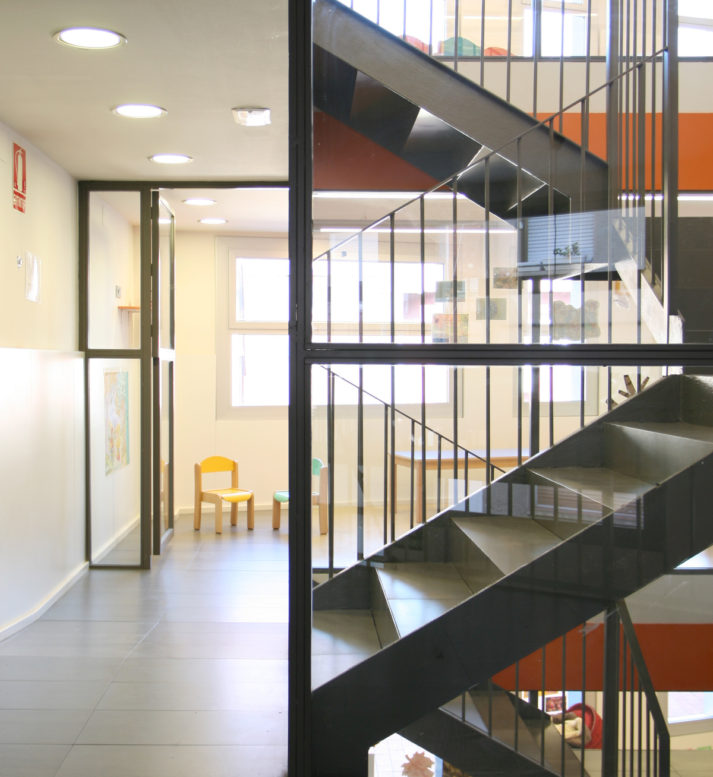 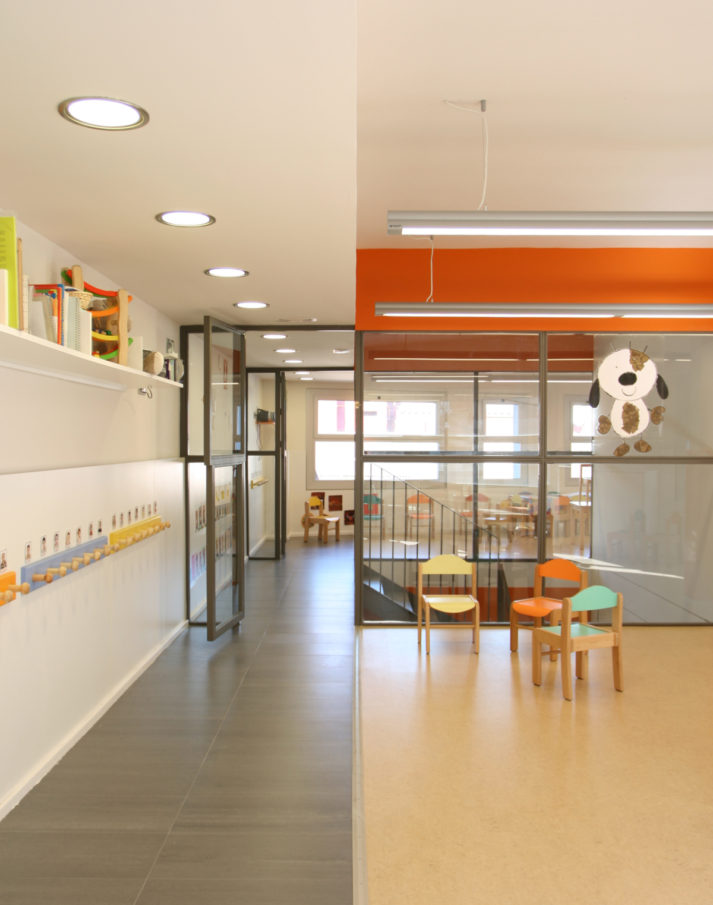 This project was the result of both the desire and the need to adapt to the Department of Education’s current standards. This was no superficial paint job; it was a profound renovation that transformed the entire building, inside and out. Plus, all this was done using limited resources, in an institution striking a delicate balance between the use of a rented space and a firm desire for excellence.

The new stairway is 120 cm wide, with steps that are 30×16 cm. Quite a challenge in an irregularly-shaped floorplan with little room to spare. This stairwell has become the heart of the building, closed in by transparent glass walls that encourage dialogue among the surrounding spaces. The classrooms occupy the space between the stairwell and the façades; trapezoidal but simple, they take in plenty of natural light.

Interior divisions have been eliminated, with new, subtle separations created using changes in flooring, ceiling height, furniture, touches of colour or glass walls and doors. The resulting visual relationships generated between the classrooms on each floor and between the different levels has created many new ways of perceiving the school dimensionally, and has made it easier for the educators to keep track of their wards. The façade facing the patio has undergone a deep transformation, using the same limited resources. Existing openings were cleaned up and given greater order and simplicity, providing the space with a public dimension it was previously lacking. Any spaces with access to piping are placed by the stairs, back-to-back and in symmetry with the stairwell. This facilitates the placement of pipes and organizes the different classrooms according to similar compositional criteria. Either side of this central nucleus is painted orange, providing it with both the order of balance and the spontaneity of children playing.