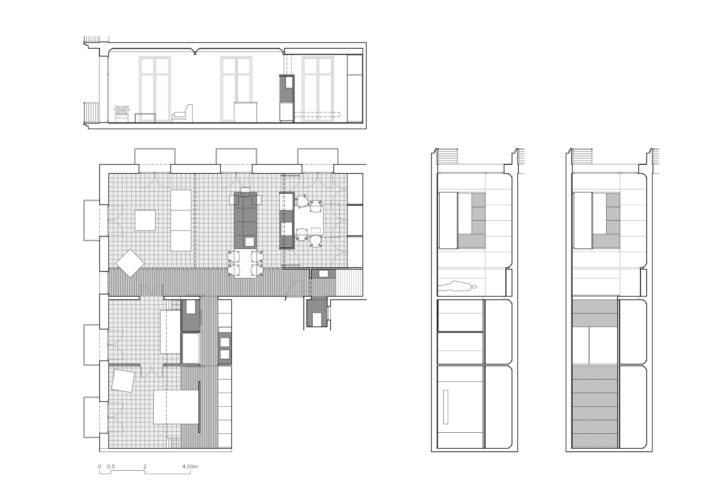 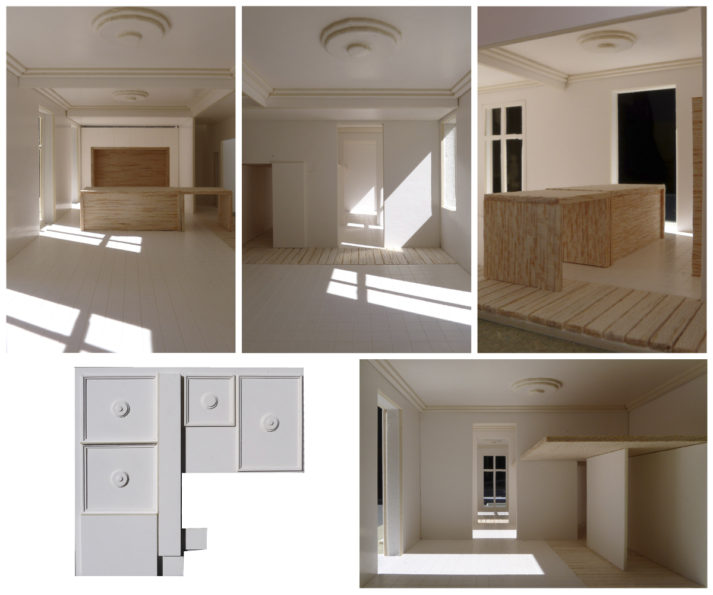 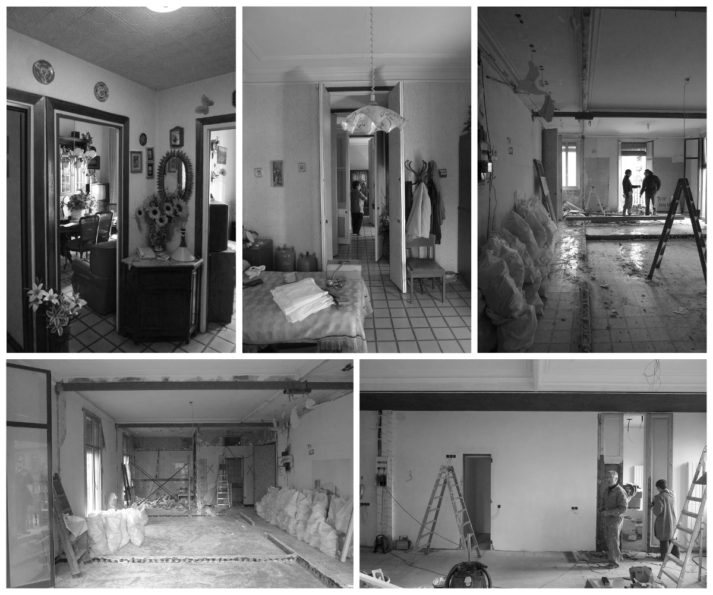 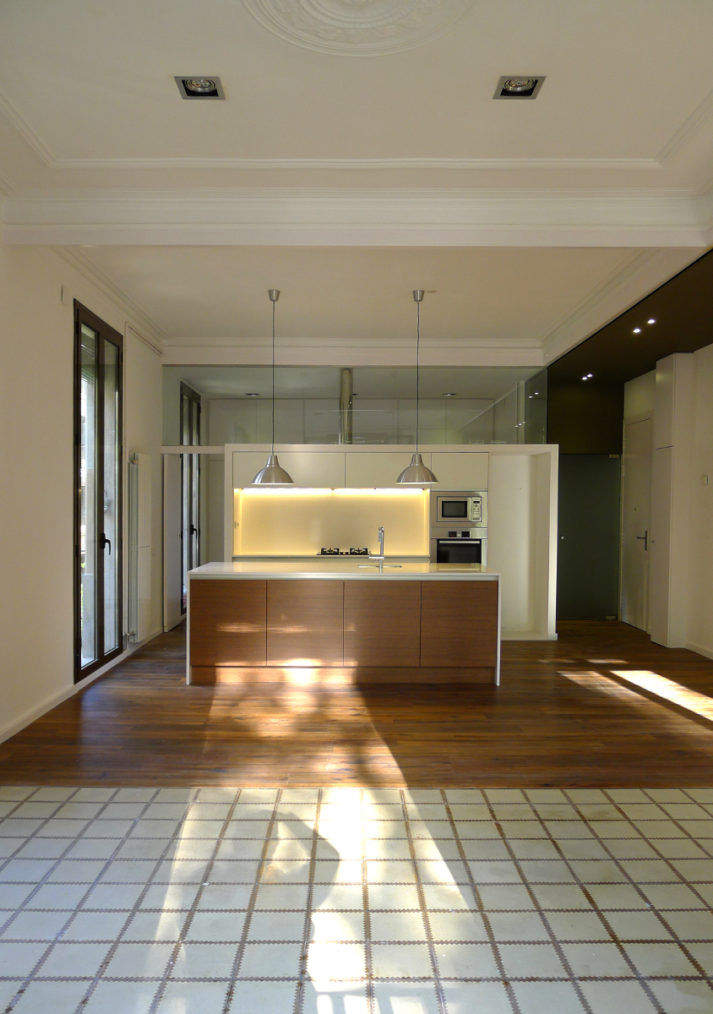 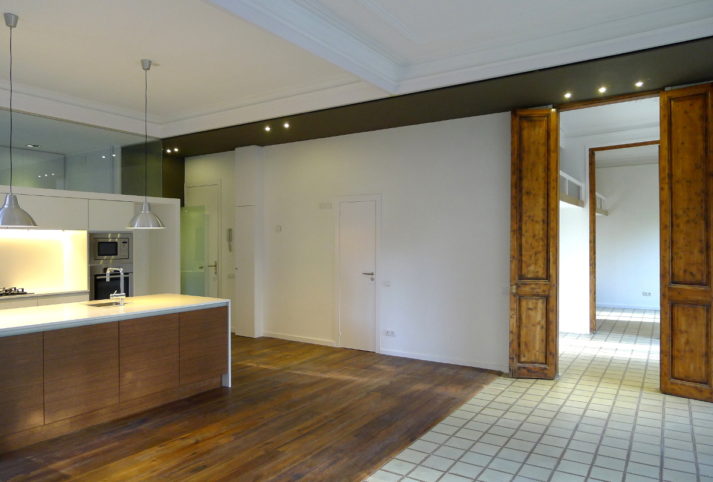 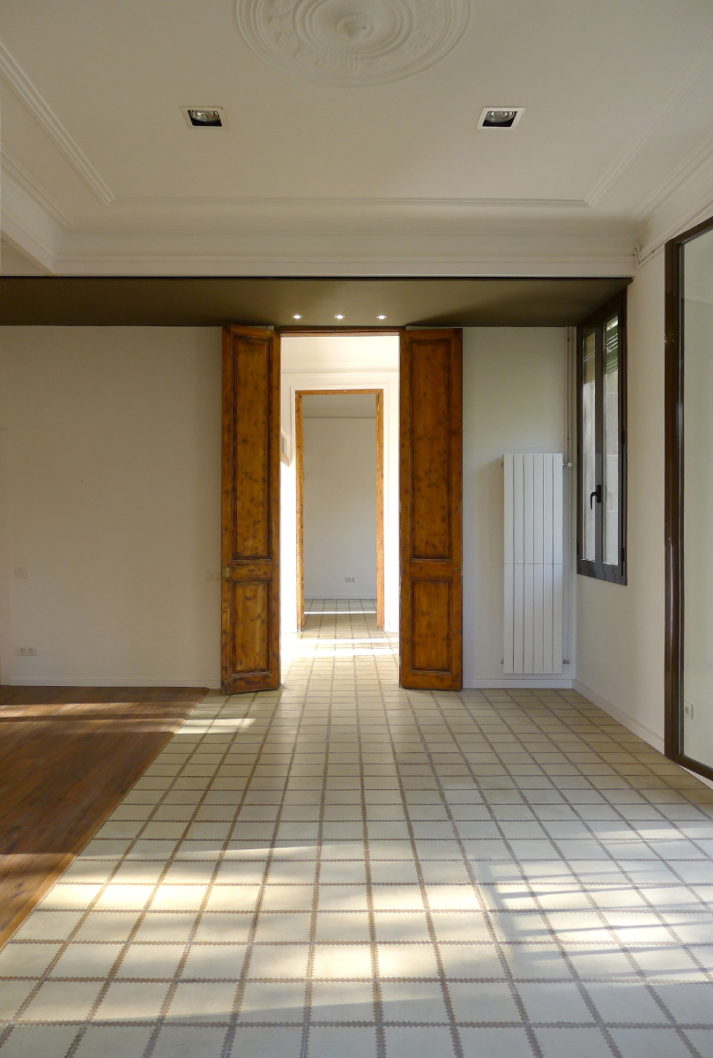 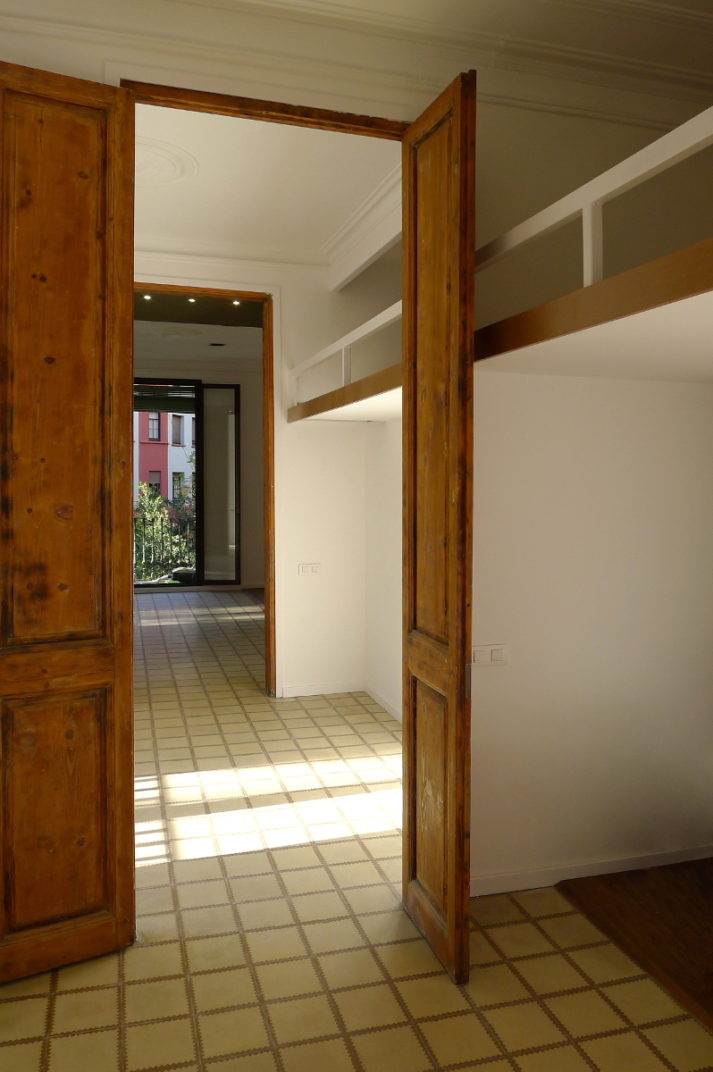 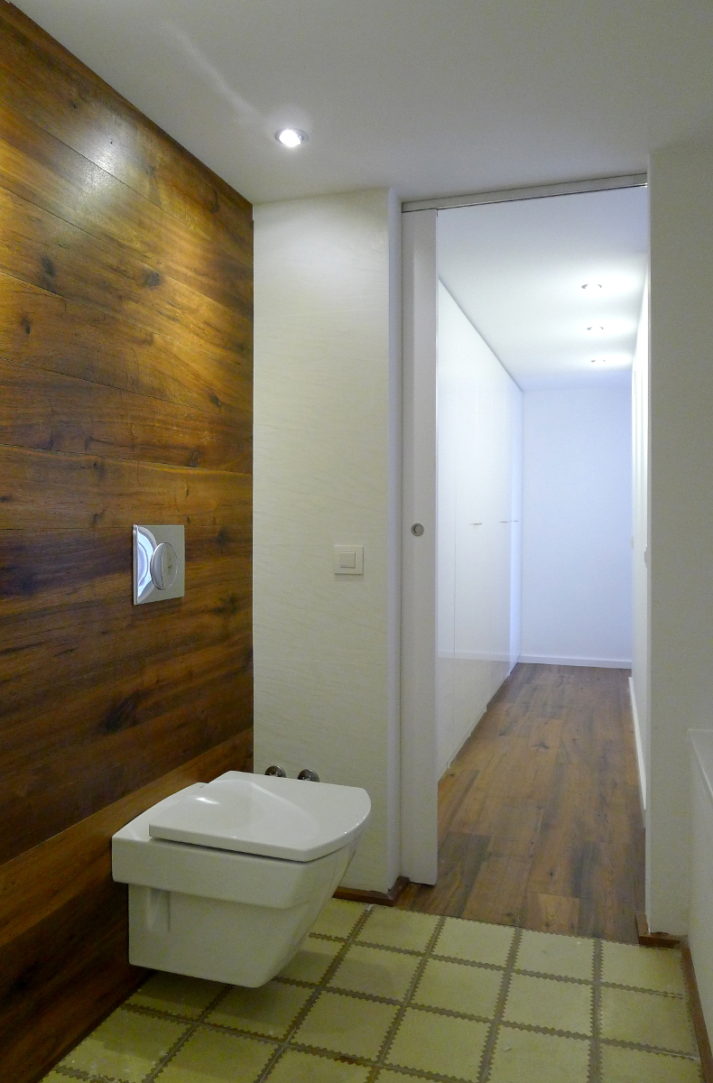 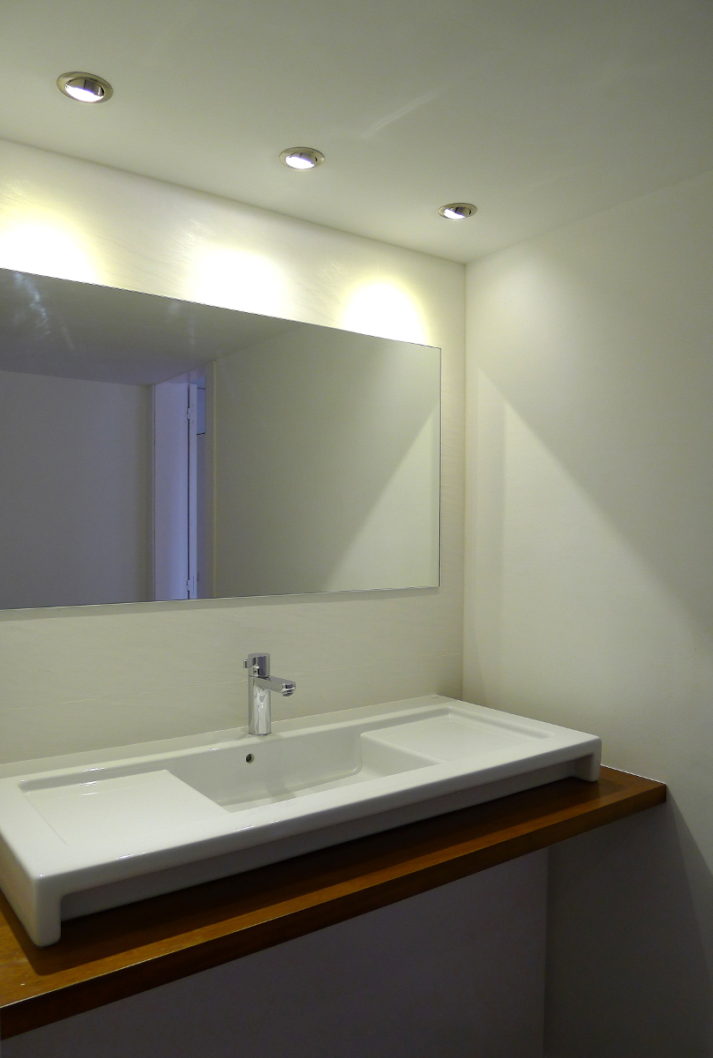 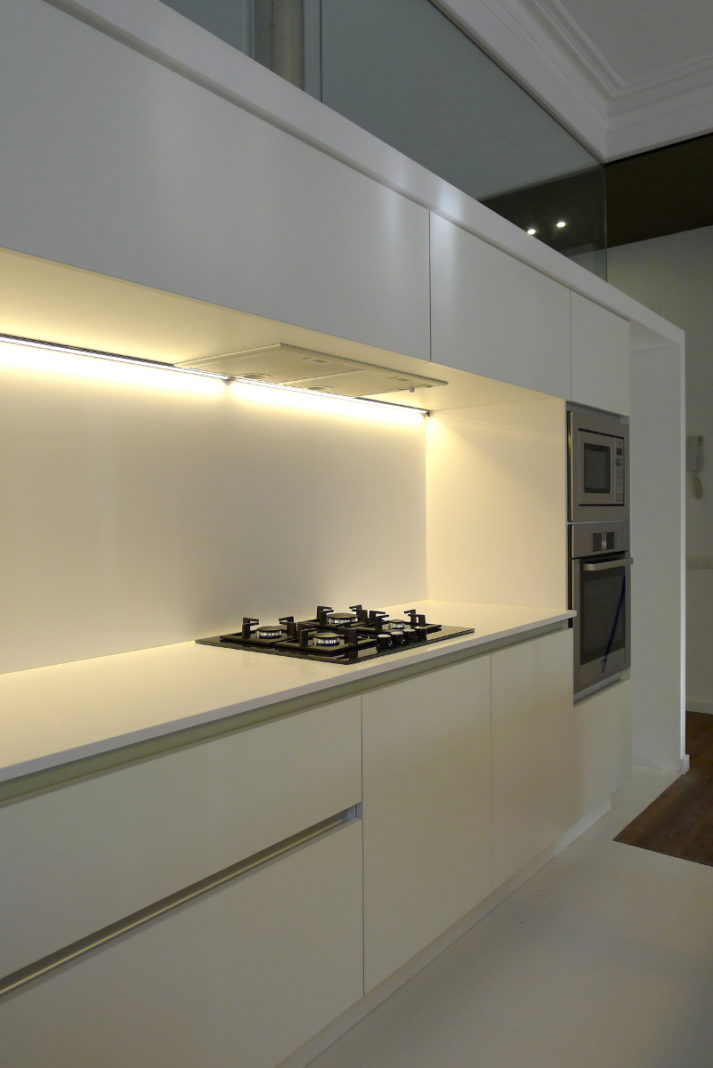 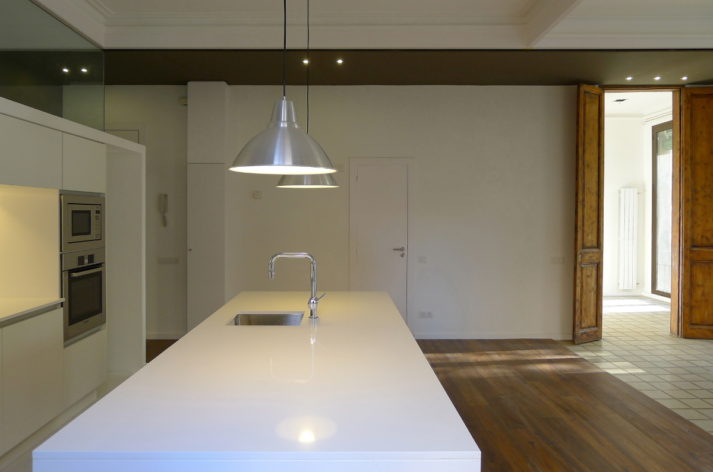 This was a significant interior renovation in a building from 1890. This is a corner flat, which gives it a great deal of potential: it has a long stretch of the façade, with four balconies that open onto a side street and three that open onto the broad, bright square in front of the building.
The existing distribution was extremely fragmented, with interior hallways opening onto a series of closed, never-too-large spaces. As a result, the space felt like an interior flat. The new inhabitants wanted to turn this upside down, to make the space into an exterior residence taking full advantage of the façade. Plus, they imagined a broad living space integrating an open-concept kitchen.
The project was focused on uncovering the residence’s original, broad volume, creating a wide-open space with room for things to happen. The balconies are distributed rhythmically on two sides, with the kitchen in the middle. A large, white kitchen island presides over the space, capturing and reflecting light.
The flat has three bedrooms. One is right at the entrance, before the living space, while the other two sit beyond it. Still, all three rooms are part of the living space. The first, as a result of glass doors and a high row of glass separations that allow the space to flow. The other two are linked to the living space by the flat’s original passageway, which crosses through a series of wide doorways.
The radical nature of this new space makes the essence of the residence its own: the tall dropped ceilings decorated with moulding and roses, the patina of the antique doors, the original tiling that engages in a chromatic dialogue with the new wooden floors, a series of rediscovered distributional axes…

In collaboration with Espai Vives